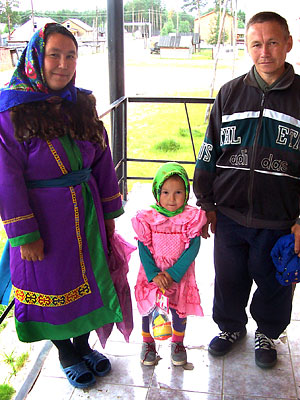 We are “yaoun yakh”, or “the people (yakh) of the river (yaoun).” The Russian name of our river, Iugan, is simply a form of our own Khanty word for river, yaoun. Other Khanty groups living on other rivers have different names based on the river on which they live, such as Aan Yakh (Agan River people) or Sartlim Yakh (Salym River people).

We Iugan Khanty number approximately 800 people. Today, most of us prefer to live in the forest with our children’s families in extended family settlements called poolth in Khanty, just as we did 300 years ago when the Russian Remezov made the first map of the area. Each family settlement consists of 2-5 living houses, on very large family territories, where we hunt, fish and trap.

Following the collapse of the USSR, in 1996 fifteen Iugan Khanty families organized themselves into the native Khanty community association “Yaoun Yakh” in order to preserve themselves as a distinct people and adapt to the new socioeconomic realities. Today this association has grown to unite more than 400 people representing 115 families of native Khanty living on a territory bigger than Portugal. It is the largest native territorial community association in Khanty-Mansiyskii Autonomous Okrug. The aim of the community as defined in its new charter of 2002 is to preserve and develop the traditional way of life, economy and culture of the Iugan Khanty which in turn depends upon the preservation of the environment that sustains them. The head of the community is Vladimir Semyonovich Kogonchin, who is assisted by his wife, Liudmilla Leonidovna, and son, Igor.

Learn more about our culture. 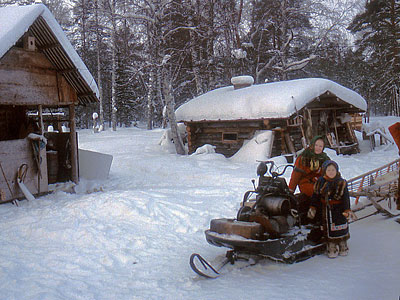 A settlement in winter 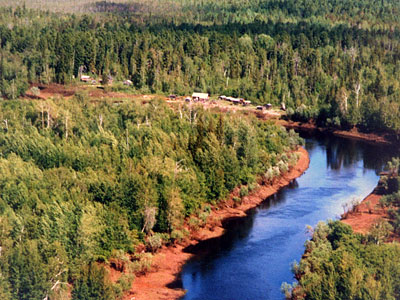 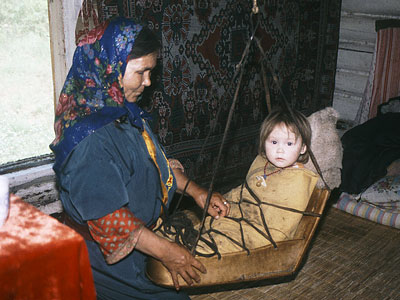 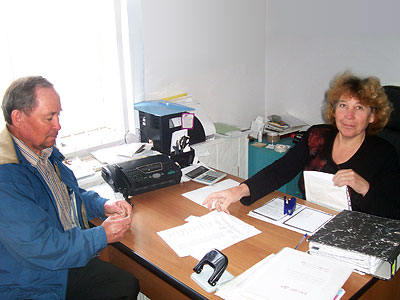 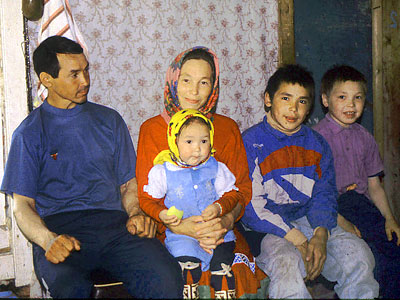 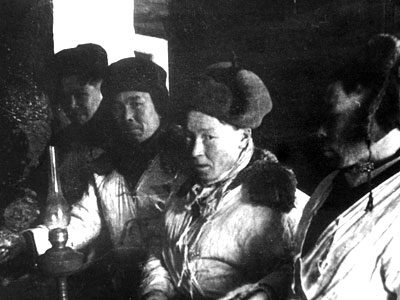 Those who came before are still with us