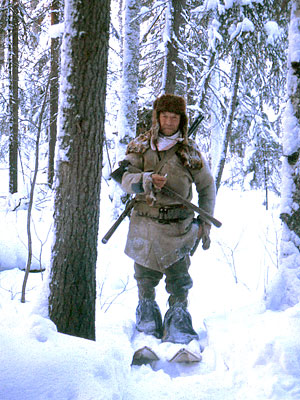 On the north side of the middle Ob River above Surgut, the taiga is wet and marshy. The southern shore of middle Ob is higher and drier, and the forest here is thicker and richer. Cedar (stone pine), pine, fir, larch and birch are widespread. The B. Iugan River is a southern tributary of the Ob, and from its head in the Tiumen swamps to its mouth it has a length of more than 700 km. From the helicopter the river looks like a snake, making loops as it meanders from the swampy highlands and forests to the green, grassy floodplain of the Ob. The basin of the B. Iugan is almost 2 million hectares.

The Malyi Iugan and Nyogus Yakh Rivers are the two biggest tributaries of the B,. Iugan. Because of its forests the Iugan is well-known for its animal life from bear, wolverine and wildcat to moose, sable and squirrel. Gamebirds abound, from grouse and capercaillie to swans and ducks. The taiga here is so rich that the Soviet government agreed with the ecologists to take it as an exemplar of the Middle West Siberian Taiga and establish there the Iugan Nature Preserve in 1982. While the preserve does protect the nature, its establishment forced the Khanty who lived and hunted along the Nyogus-Yakh to abandon their territory. 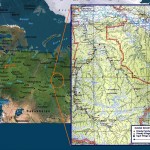 Map of our Iugan Khanty Homeland

The main village of the Iugan is Ugut, a town that was built after the Soviet Revolution on the site of the Ugut Khanty settlement. Ugut is a large village with a mixed population, local government, and the usual public services: school, hospital, post office and the like. Many of us make at least a monthly trip for supplies to Ugut, which has 1,200 residents, of whom about 100 are Iugan Khanty. To this day, no year-round road connects Ugut to Surgut, the nearest big city, so that in summer the only transport is by helicopter or small boat. Khanty rarely go to Surgut, except for hospitalization for very serious medical conditions.

The majority of the Iugan Khanty still live along the banks of the river that gives its name to its people. It takes three days to get from Ugut to the upper part of the river by motor boat. The rich natural resources of the Iugan still supply the principal necessities of life for the Khanty, define their way of life and determine their economy.

Learn more about our way of life.

Video of our Iugan landscape 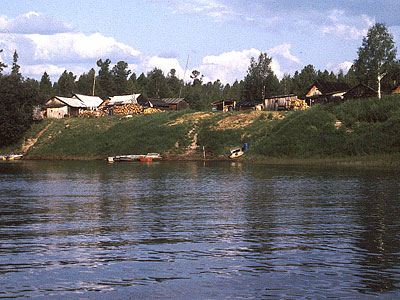 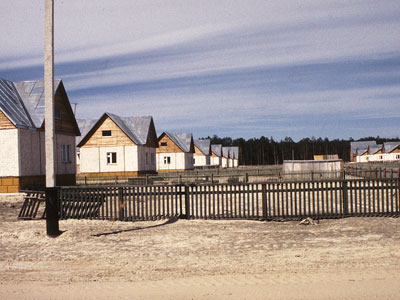 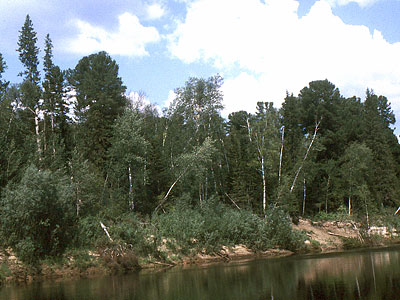 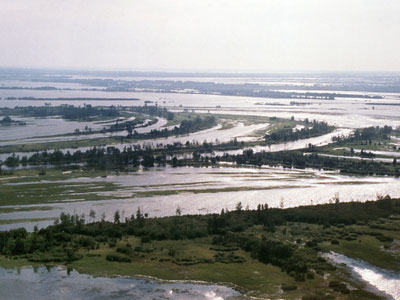 The floodplain of the Iugan Ob river 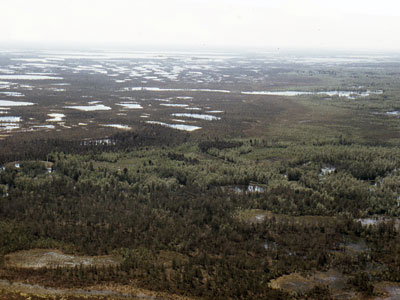 Mix of forest and swamp 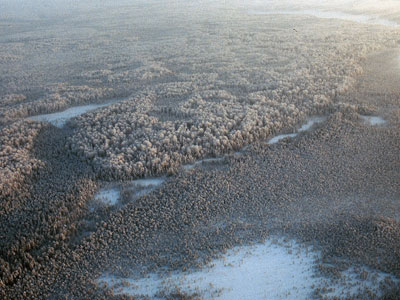